A downloadable game for Windows

Make the Hero is a VR god game, with RPG and Crafting elements. The player embodies a god of creation, who must take care of a little hero and help him in his quest to liberate his  world. To do this, he must create objects for him through his divine workshop and guide him on a map until he reaches and faces the boss controlling this world.

Make the Hero splits into two parts that interact with each other:

During the game you have requests represented ingame by a tooltip above the table, click on them to have more information.

Make The Hero was made as a student graduation project by a team of 6 students from Supinfogame Rubika (France).

We want to thanks all the people who worked with us to make MTH a possibility.

/!\ Please note that you need a good PC to run Make The Hero as well as a virtual reality headset  HTC Vive . The current version might be poorly optimized for your PC, or there might be some bugs. We are sorry for any inconvenience you may encounter.  We have no version for oculus or other headset. /!\

To begin the game use the trigger on the tutorial button or drink the no tuto potion.

- if everything goes black foggy, put your head through a wall (ingame), go back into the playable area.

- don't take the hero at the end of the tutorial, otherwise he disappears. We have no solution but restart the game, but you can use the potion to skip the tutorial.

- to craft miracles use the light power represented ingame by a lighting.

- put 2 ore on the oven during the tutorial

- during the tutorial when you have your power, active the trigger to use it.

Even though I don’t have a headset, I had fun.  I was able to mess around with my keyboard and mouse to experience a little bit of what the game was like and it’s adorable! I would highly recommend if you have a HTCVive headset! ^-^ I made a short video of some of the game play just to be silly 🙃 https://youtu.be/J75fQYQwNI4

Hi, thank you for playing our game !

The team was very happy to see your video and we had a good moment watching it, it was fun especially the time with the sandwich ! :D

If you have the opportunity play the game with a helmet because you missed a lot of things! But if you had a good time then that's the most important thing. :)

So why hasnt jack announced hes in this

On twitter, he confirmed and retweeted the announce several days ago.

Have a nice day and thanks for commenting! 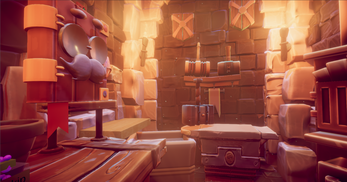 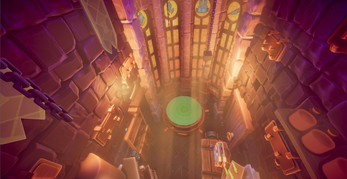 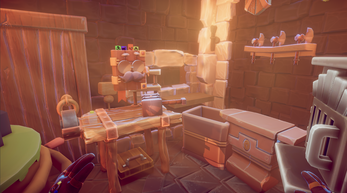 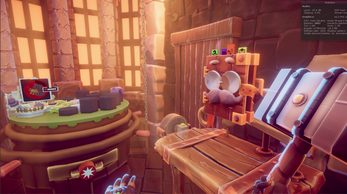 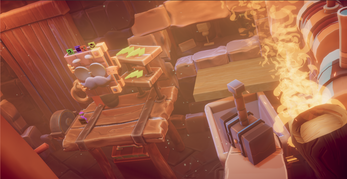